It has been quite a long time, over a decade to be precise, since I last used Linux. I have to remember good old friend Linux out of necessity. A decade ago I used RH Linux and I remember clearly I had to waste all my time in finding out drivers and making Linux work on bulky Compaq Presario machine.

This time I decided to try out Ubuntu after I kept reading all praises for it. I wasn’t disappointed. Within few hours I was all ready to rock ‘n’ roll with this shiny Ubuntu system without much trouble until I decided to hook TP-Link TL-WN822N 300MBPS High Gain Wireless N USB Adapter to it.

It fails and I was right all along in assuming that no matter how far Linux can evolve it will never catch up with the Windows when it comes to working with external devices.

Before purchasing this adapter I did research to make sure that it works with Ubuntu 12.04. I did find some forum posts with problems but they were resolved and I hoped that if I ran into trouble I’ll be able to resolve it as well.

It’s lazy saturday afternoon and I’ve already wasted whole of morning in figuring out how to make TP-Link TL-WN822N work with Ubuntu 12.04.

I took wrong turn and went through all the fixes posted on various forums. Unfortunately none of them worked for me. I even ended up in upgrading, re-installing and finally installing ubuntu 12.04 from scratch.

TL-WN822N shows up in the usb device list. Run following command and you will see the adapter is listed.

In the network connection I could see loads of other Wireless networks except mine. This proved that there was no problem with the device itself and problem lies in the driver.

It’s already late afternoon when I finally got it working.

The simple, short and sweet solution is to install the latest Realtek driver.  Following are step by step instructions.

If above link doesn’t work then search for RTL8192CU driver on Realtek website.

After downloading above driver, unzip it.

cd to the folder where you unzipped the driver and run following commands. If you are not root then use sudo before these commands where required.

At the end add followings

After above I could see my Wireless network which works like a charm without any trouble.

I ended up wasting my whole day on this simple problem. I wish someone could have done it already in simple steps.

Anyone whos says Linux is better than Windows deserves whacking. Linux still remains in the same age old primitive stage where you always end up messing with drivers.

You will have to repeat above steps each time you update kernel. 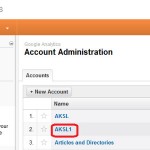 How to link AdSense Account to Multiple Google Analytics Accounts 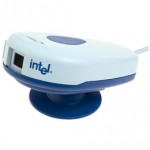 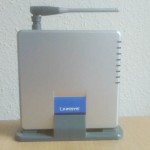 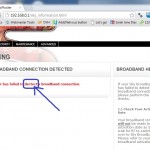