Initially the batter lasted for about a week with little usage then it fell down to 2-3 days and after 3 months it just lasts for 3-5 hours without any usage.

On the New Year’s eve I updated the Blackberry software to 7.0.0 Bundle 2406 which doesn’t improve the battery performance.

The signal strength is very poor in my locality and it hovers between 3G and EDGE. So if BlackBerry’s official version is correct I should get at least a week’s of battery life with moderate usage.

I’m aware that battery life also depends on mobile phone settings, networks and other stuff. I hardly use any of the advanced features and I’ve already done optimization, but the battery performance doesn’t improve.

I don’t watch any video, no browsing, screen brightness is to lowest – just 10%, GPS is off, no social networking connection no other application run in the background. Yet the batter drains down fast.

When I started writing this post I disconnected charger and after 1 hour the battery is already down to 85%. 15% drained in just 1 hour in standby mode?

I’m still in the process of doing further optimization and will see how it goes. 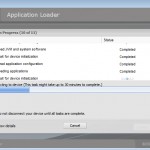 How to record video in Blackberry 8230 Smartphone 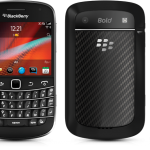