Year 2012 is the darkest year for SEO. Not satisfied with Panda and Penguin, Google whacked SEO community with yet another nail in the coffin update know as Exact-Match Domain (EMD) algorithm update. EMD algo was pushed in the Google’s echo system on 28 September 2012 and very next day it affected more than 99% of my websites.

What is Exact-Match Domain (EMD) Algorithm

EMD algo update was being expected for quite some time and it has been already reported by SEOs on various blog. The algorithm was unleashed by Matt Cutts and his henchmen to prevent abuse of exact keyword matching domains.

So give you an example if you owned a domain, let’s say, laptops.com and you had optimized (doesn’t matter if over optimized or not) it for the matching keyword laptop then chances are that your domain will disappear from SERP after EMD algo update.

Today morning when I prepared myself to watch much awaited India Pakistan clash in ICC World Twenty20 2012, I was pissed off by seeing the Google AdSense earning drop for yesterday. Saturday is notorious for bringing lowest AdSense earning in the week but yesterday’s drop was by far worse than I expected.

Sensing that something has gone terribly wrong I started to check Google Analytics traffic for my website and to my horror most of them have dropped organic traffic massively.

This is simply carnage.

Most of my websites have survived all of Google’s major algo updates and the main reason for that is that I always adhere to Google’s guidelines and avoid aggressive SEO tactics.

Here is the example of one of the website which is 7 years old website and has never loss any traffic on any of previous Google algo updates.

This is an unexpected and unacceptable drop in the traffic.

This domain is not an exact match domain though main keyword is present in the domain name. It is also not over-optimized for the main keyword. If it was over-optimized it would have been certainly affected by the previous algo updates.

If you see the traffic report above, taken from past 7 years, you will see that this website has not been affected by any algo updates in the past at all. The drops which you see are the ones when the server was down.

This is just one example, most of the affected websites have similar pattern. None of them was affected by any algo updates in the past.

Even if agree to accept that either exact-match domain or a domain with keyword in it has been affected by EMD algo update what about your own personal name domain?

Well this is really a bummer.

This very own blog has been affected by the update and I’m sure that no one in the Google will be able to justify how come my own name can be considered as Exact-match for this domain.

How to recover from EMD penalty?

There is no question of recovery if you wrongly affected by EMD algo update. Well there is a way to recover from EMD penalty, change your name and start all over again only to be whacked again.

If this is really the case and it’s not just an abnormal and random change then I’m afraid SEO is dead. There is no way we, SEOs, can do any SEO work for living.

I’m sure once the SEO community wakes up on the Monday morning it is going to be a total chaos and web will be flooded.

Till the writing of this post I couldn’t find many blogs posting the EMD impact except the SEO Moz blog which first reported the negative impact of the EMD algo update. 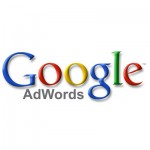 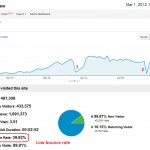