The best way to speed up laptop

Laptops are inherently slower than Desktop PCs. With time they keep on getting slower. And a time comes when they are just dead.

You might have read a number of articles on How to speed up a slow laptop but despite all the brainy tricks you can’t make a laptop any faster. Well you can make it faster up to some extent but again that is not going to help you a lot.

I also ended up in similar situation with my age old (4 years to be precise) monster Toshiba Qosmio F50-10Z. It virtually came to complete halt. I’ve tried all the tricks I could think of. I installed a new hard drive, re-installed Windows 8 and tried to keep the number of installed programs to the minimum but none of these tricks helped.

I’ve been thinking of replacing traditional (mechanical) Hard Drive with SSD but it took me a lot of thinking and research before I could go ahead with SSD.

2 months back I, finally, dumped traditional hard drive and replaced it with Samsung SSD 830 2.5inch SATA III 6GBps 128GB. And since than my old dead laptop has been very fast. I did a lot of research on which SSD to choose, I read as many reviews as I could. I finally narrowed down to Samsung SSD 830 after reading a lot of positive reviews.

SSDs are still very expensive. I decided to buy 128 GB as it was more than sufficient for my daily use. It costed me £79.99.

You can keep the large and not so frequently used files on secondary backup. And keep only most essential files on SSD.

My old Hard Drive was not so dead so I just kept it as such and used the supplied USB adaptor to connect to laptop.

How to replace Laptop’s hard drive with SSD

I wouldn’t recommend doing a complete clone. If you do so you are again bringing in all the old crap into SSD.  If you want to clone old hard drive then you can use supplied Norton Ghost.

I would recommend doing a clean OS install on SSD and then copy your old files into SSD as you need them.

Just slot in the SSD into your laptop’s hard drive slot and it will fit perfectly. You wouldn’t need any case.

Read/Write operation in SSD is much faster than mechanical hard drive and that’s where it improves performance.

Faster start up and shut down

The first thing you will notice after switching to SSD is the reduced start up and shut down time. With mechanical drive my laptop used to take ages to boot up and shut down. This used to be very frustrating for me as I shut down laptop on daily basis.

This is a fact, just launch few adobe programs such as Photoshop and Dreamweaver and your laptop will slow down. Programs like these uses a lot of resources – CPU and Memory and when you open any new window you can see that it start very slow.

With SSD this problem is gone too. You can have 10 Adobe heavy duty and graphics intensive windows open and still your laptop will not slow down.

Switching between opened windows is faster

This was another frustrating daily problem with mechanical hard drive. When I used to switch between Dreamweaver and Photoshop it used to take a lot of time.

With SSD this problem no longer exists and switching between windows is quicker.

I do a lot of regular backup to external USB storage and download/upload via FTP. With SSD these operations are much faster than mechanical hard drive.

I wish I could have switched to SSD earlier. Once you have used SSD you are no longer going back to even think about mechanical hard drives any more.

If you are really serious about speeding up your slow laptop then replace traditional hard drive with SSD and live happily afterwards.

Forget about tweaking Windows OS and other speed up tricks. They are not going to help you a lot. 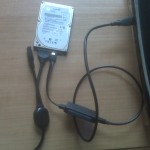 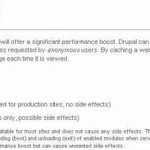 How To Speed Up Drupal 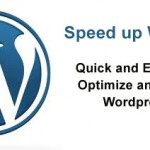 One Response to “ The best way to speed up laptop ”