Rolex is regarded as James Bond’s old love until Omega came into his life. James Bond has used many watches in his life but this Rolex model topped all that was seen in record 11 movies. And of course, it was not just a simple watch rather a very special gadget with multi-functionality including electromagnetic field creation and spinning bezel. Die hard James Bond fans may know that Ian Fleming never mentioned any other brand other than Rolex on Bond’s wrist. The author portrayed the character with special fascination for this particular brand. At the late 50s Rolex had a legendary reputation for toughness and that was a perfect suit for a tough personality like Bond’s. Q, the head of the research branch of M16 had modified the Rolex submariner to turn it into a spy gadget. In Never Say Never Again the watch was seen equipped with a small laser beam-cutting tool. In Live And Let Die the Rolex showed a different performance. James Bond used the built in spinning bezel to cut his rope shackles and escape a pool full of sharks.

The decision to use a Rolex submariner in the first Bond movie, Dr No, was spontaneous one. Ian Fleming’s favourite model was Rolex Oyster Perpetual. Bond was not that famous and Rolex refused to supply a watch for the filming. As the producer Albert Broccoli had no budget for purchasing one he lent his own Submariner to use in shooting. The first Rolex Submariner was a model 6538 with a coin edge non-ratcheted bezel. Bond wore the watch on a crocodile strap in Dr. No and From Russia With Love. Later on it was replaced with nylon strap attached with spring bars in Goldfinger and Thunderball. The model changed in On Her Majesty’s Secret Service where Bond wore a 5513 Rolex Submariner that had a bezel with saw tooth edge. The electromagnetic function of the watch as seen in the movie was not originally incorporated in the original model; it was re-worked by the props department of the film. Bond of late 80s shifted to another advanced model 16800 Rolex Submariner. 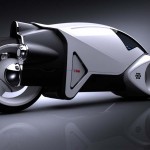